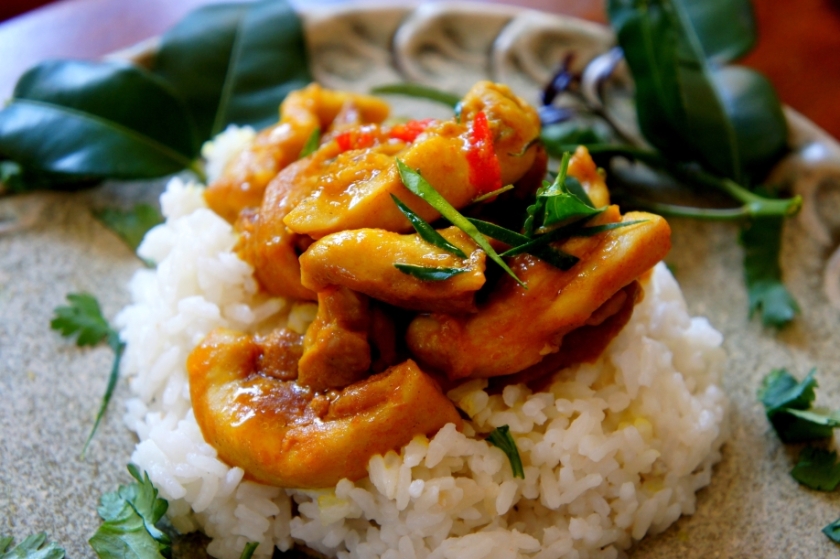 Have you ever try a one-pot meal using a rice cooker?  A rice cooker often comes with a plastic steamer – it is handy when you want a quick & easy meal.

Here are the simple steps:

(serves 3 as a FODMAP recipe)

First – cook the rice in the rice cooker with the followings:

Discard the lemongrass & ginger when the rice is cooked.

Second, after you press the ‘cook’ button, prepare the chicken by mixing up the following ingredients:

After mixing up the above ingredients, transfer the chicken pieces to a small shallow bowl or a small plate (I found my entree plates are the right size); spread the meat evenly over the plate; place the plate in the steamer; place the steamer in the rice cooker. The rice cooker should be steaming up a little by now; If you put the cooker on a ‘fast cook’, dinner should be ready in around 30 minutes.

I have a kaffir lime plant in the garden. I often add thinly sliced kaffir lime leaf just before serving – it adds a beautiful flavor (optional).

Serve with a saute green vegetable if desired.