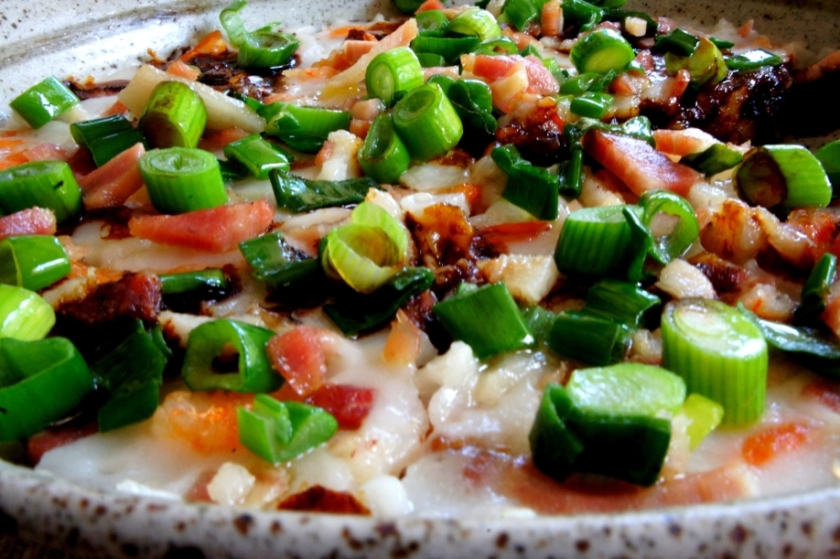 I am visiting my grandaunt & granduncle today. I will cook them their favorite steamed glutinous rice cake.

My grand-uncle ‘Chi’ is a cousin of my late grandfather from the Zhong Shan (中山) prefecture in the Guang Dong province. My granduncle’s family came to Australia during the gold rush era in early 1900s. The family opened a peanut shop in Newcastle with a roasting workshop at the back. The peanut shop had a table in the corner, with old Chinese ladies dropping by daily to enjoy a cup of Chinese tea and a few chats.

My granduncle went to high school and he was academically excellent. He took over the family business instead of pursuing university, a filial duty as the only son in the family.

During 1940s, granduncle went back to Zhong Shan for an arranged marriage. He married a pretty and educated maiden from a well-off family. My grandaunt came to Australia, without a servant by her side for the first time. she learned to cook, to speak English and raised six children.

After the peanut shop was sold to a large competitor, the family opened up a Chinese restaurant. They worked really hard.  According to their children, they were in the restaurant ‘all the time’.  The family moved to Sydney in early 1970s as the children studied in universities around Sydney.

When I graduated from high school in China in 1980s, my granduncle sponsored me to come to Australia. My granduncle found a school for me, paid for the exuberance school fee and bought an air ticket for me. I lived with them until I was on my own two feet. Thanks to their generosity, I have a wonderful life in a beautiful country.   I am forever grateful for their support, kindness & care.

So today I am cooking them a dish from our hometown, Zhong Shan in Southern China, one of their favorite meals.