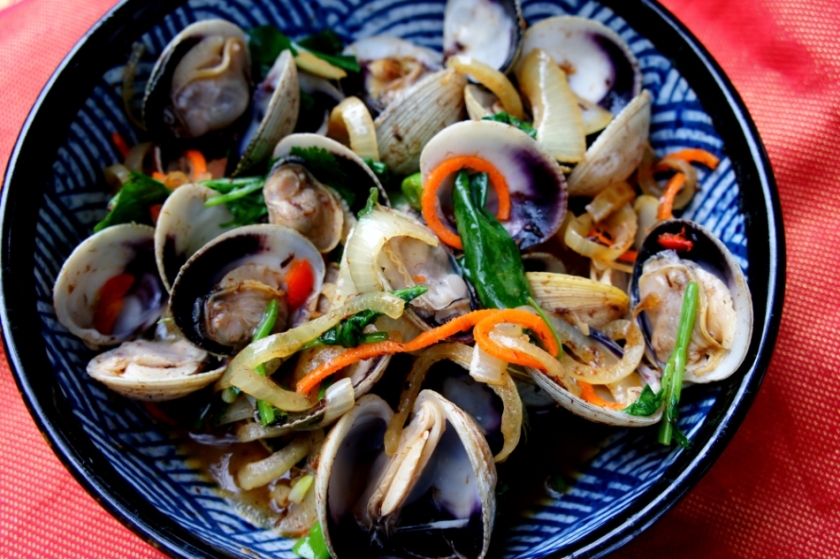 The life story of my uncle from Taishan (台山)

These lovely clams reminded me my first clam experience, a dish made by my uncle’s family who live in the countryside of Taishan, GuangDong province in China.

My mother and my uncle ‘Fai’ were children of a concubine who married an elderly man returned to China after years of hard laboring in Malaysia. During the second sino-Japanese war, thier parents died as the family ran out of money. For some reasons unexplained to me, the family offended some important locals with considerable power. My uncle, at the age of about 7, was sent to prison as a Japanese traitor. When he was released, he was so weak & sick that he was carried out from the prison.  He was never the same again.

During one school holiday I was sent to stay with Taishan uncle and his family in the village. My uncle was a man with very few words, not smart, worked a lot, and always smiling.  He was very skinny and looked sickly. With money sent by another uncle from Singapore, he was married to a kind, strong, capable and hardworking woman and they had 3 children. As rice farmers, they did not have sufficient rice for me to eat. So I brought them food stamps, some money and some old clothes which they treasured.

The eldest boy, Zhong, was a few years younger than me. He was responsible for providing ingredients for lunches and dinners. We went to the rice field with threads & potato pieces to fish out frogs from the water. We went to the creek searching through mud to find tiny little clams. At lunch, we chewed the small frogs, bones and all and we shared a small bowl of delicious clams. I still remember the satisfied looks on the children’s faces at the end of each meal. They never complained about anything and always in high spirit.

When the economy improved in the 1980s, the rice field was leased out to build factories. The villages enjoyed a nice income but there was no more land to farm. My uncle started to collect soft drink bottles and used the money to buy snacks. The villages said he was the happiest bottle collector in town.

I felt happy and sad when I enjoyed this delicious New Zealand clam dish with XO sauce.